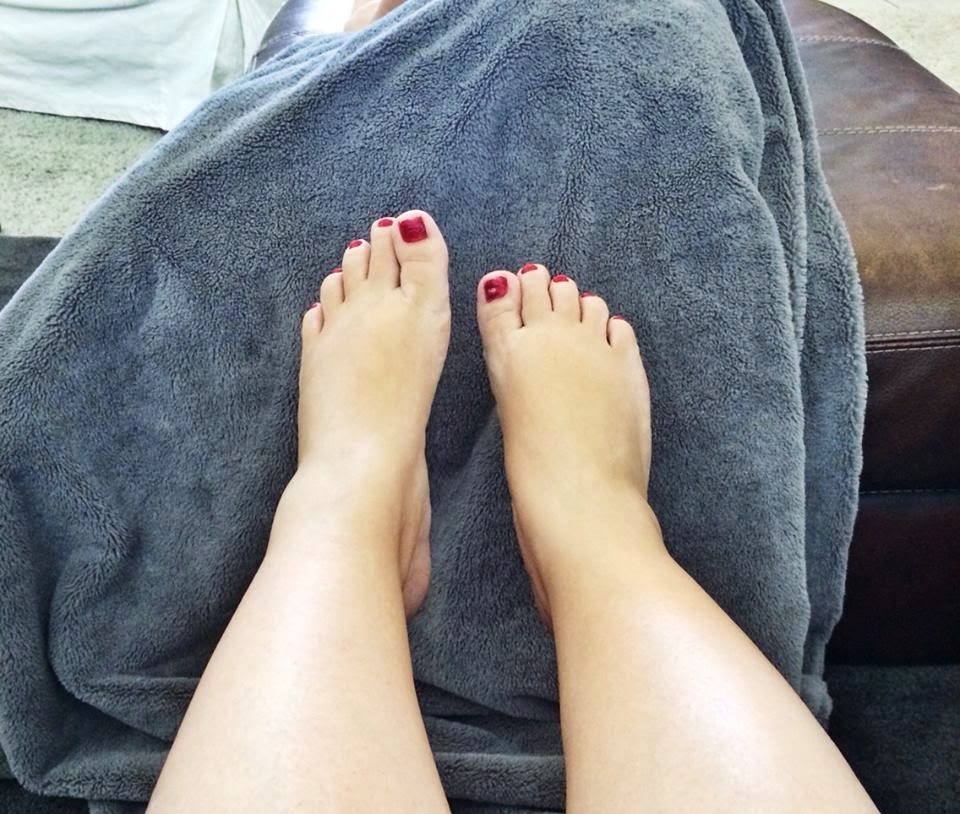 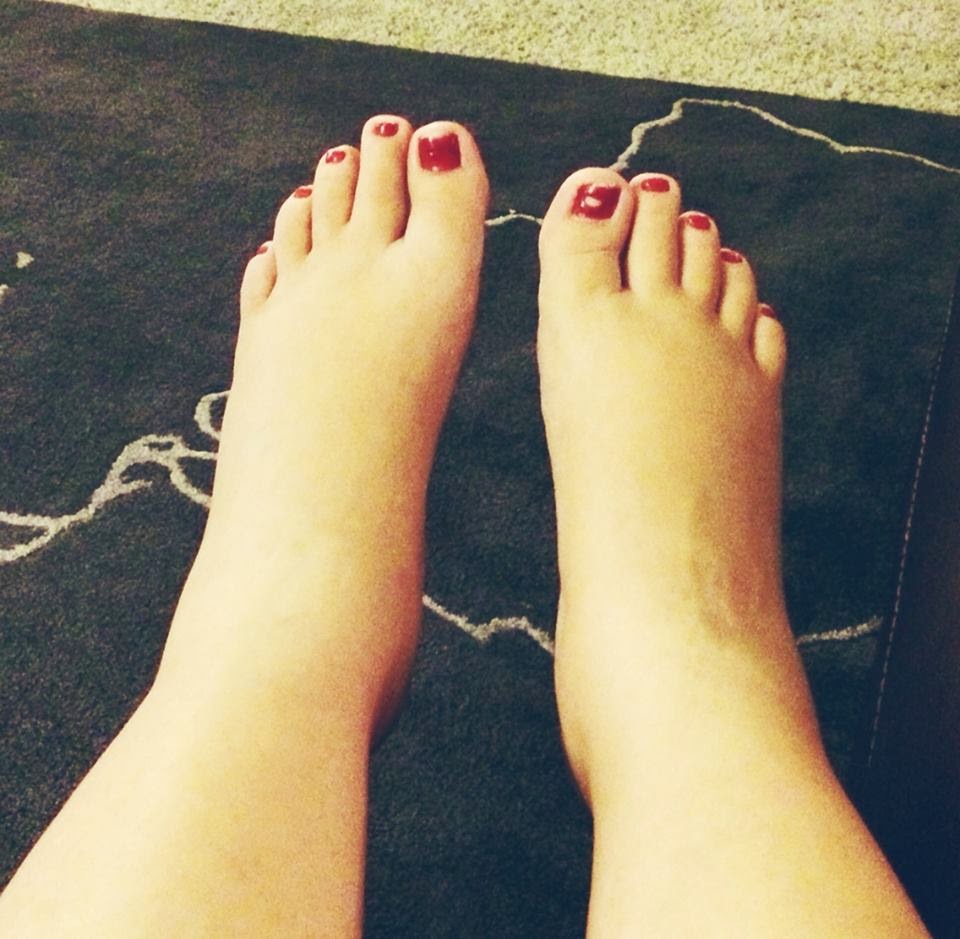 
Every morning when I wake up, I have little to no use of my right hand.  The nights bring a continual loss of circulation in my fingers stretching all the way up to my elbow, and by the time I rise, my fingers are so stiff and swollen and in pain that I have no grip or ability to hold even a knife to butter toast for my children.

I can no longer style Leah's hair--which completely thwarts her plans to look as much like the Fancy Nancy book character as possible.  She cries as she begs for a bun or a braid, and I apologize that the best I can do right now is a haphazard ponytail, or to brush through it and clip in a flower or place a headband.  I allow her to work through her 5 year old emotion without feeling guilty, because I know I'm doing the best I can.  Some mornings I'm more patient with her emotions than others.

At breakfast, I gag down my liquid iron and wait the 30 minutes required before eating while I prepare a protein smoothie and toast for my kids.  I now allow them--once they're completely ready for school--to watch a morning show while they eat, because it diverts their attention to something aside from each other to bother and screech at.

I try to find something acceptable to wear in public, though I really don't care much what others think.  By "acceptable," my standards have lowered extremely, and the most I do is brush my teeth, put on my contacts, deoderant, and grab my sunglasses.  Because of the constant loss of circulation in my right hand, I save makeup-wearing days for Sunday.  And because showers cause severe swelling in my feet, I save showering for just before bedtime.

By this time, the iron has settled in, and my stomach lurches but I know the only way to get through it is to force down food to absorb it.  So I do.  And take some deep breaths to keep the food down.

Their backpacks are on and we figure out whose turn it is to pray, as we fold our arms.  Then we are out the door.

My morning routine used to be coming home with June after dropping off the older kids and letting her watch her favorite movie "Bolt," while I lay next to her on the couch.  But that has become a luxury now instead of routine, due to an increase in visits to the doctor or specialist.

This morning, I packed snacks and a drink as well as our ipad (in case of 3 yr old tantrum emergencies) and drove the 20 minutes with June to my consultation with the hematologist.  Usually we are quickly seen, but this morning the clock ticked loudly as the minutes dragged on.  June ate one snack after another--her string cheese, applesauce, crackers and fruit snacks--while she chatted with me and stared at those coming in an out of the waiting room while we stayed put.

I was feeling particularly sorry for myself, staring down at my feet which had begun to seriously swell during the 38 minutes we had been waiting.  I was feeling apprehensive about this appointment, nervous about the outcome of my current blood draw and iron count, because I had heard the results of them over the phone the day before, and gagging down the liquid iron twice a day had not seemed to make much difference.  I was disappointed at the outcome, because there had been days where the iron had made me so sick I had to make sure I was close to a bathroom for the majority of the morning.  I had changed my diet to include iron-rich foods instead of the carbs I adore so much.  I endured the weeks of stomach discomfort because of a purpose, and now it all seemed to have been for nothing.

I knew this would mean taking more extreme measures, and just the thought of the options discussed at a previous appointment made my forehead break out into a sweat and a wave of nausea overcome me.  I tried to distract my discouraged and nervous thoughts.

Looking up, I noticed a beautiful woman and her good-looking husband walk through the swinging glass doors.  June noticed her as well.  She checked in at the front desk, and they settled into a seat across from ours.  I guessed she was maybe 10 years older than me, wearing grey skinny jeans, a cute sweater, sparkling earrings, her makeup flawless.  She carried a soft, tan and white, chevron-patterned blanket and a large water bottle.  She wore a stylish grey hat that matched her jeans.

Underneath the hat, she was bald.

The hematologist I see works at the Cancer Institute, and the majority of those surrounding us in the waiting room were those who were in different stages of illness and treatment.  But there was something about this lovely woman, whose swollen cheeks from her medication did not match the rest of her thin body.  She did not carry the air of defeat so many others I watched seemed to.

June continued to stare at her, and I wondered if she was going to blurt out something in 3-year-old fashion about her hair being gone, but instead she said loudly,

"Momma, that pretty lady is so very firsty,"  meaning thirsty, as she watched the woman take another drink from her pale pink water bottle.

The woman turned to us and smiled, waving at June.  June shyly tucked her head behind my arm, but lifted up a small hand to wave back to her.  She giggled as she hid, so I asked her what she thought of the pretty lady's earrings.

"Oh yes, I love hers earrings.  She's so fashion, Mom!"  And she peeked around my arm for another glance at her new friend, who continued to smile at us.  She asked June her name, and a few other questions, and June replied to them from behind my arm, peeking around and smiling as she answered.

Just then, the nurse opened the door and called my name.  I gathered up our belongings and reached for June's hand.  She shyly waved goodbye to the woman in the waiting room, and softly said, "Bye, friend," as we walked around the chairs.  I told her I hoped she would have a good day, and she waved goodbye to us.

The hematologist delivered the news I had been anticipating--iron infusions would begin in two weeks.  Because of a couple of seriously bad experiences with having my blood drawn, I have an extreme aversion to needles and especially IV's, and I gulped as I heard the appointments would take 30 minutes to an hour each time, depending on "how difficult it was to find a good vein."  I knew my veins are not ideal, and thoughts raced as to what "finding a good vein" might entail.

But the face of the woman in the waiting room came to my mind, and I remembered her reason for being there.  That could be me someday, waiting for the appointment to have a chemo infusion instead of iron, praying that the medicine that would make me so sick and exhausted would fight the enemy inside of my own body that was threatening to take my life.  Right now, my story is so much easier than hers.

This doesn't mean right now isn't hard, it is.  And it has been.  I have become a "bare minimum mom," one who yells across the house because the thought of walking on my water-ballooned swollen feet from the kitchen to the bedroom feels like too much of an effort, the one who has fallen behind on helping my kindergartner keep up with her extremely easy homework, because after lunch I am so desperate to lay down that I push quiet time and nap time as quickly as I can instead of taking that time with her.  Baths are skipped, clean laundry piles up, crumbs stay on the floors.  Our nights are a scheduled routine that doesn't leave much time for doing anything fun, and usually end with me laying between the girls on their bunkbed so their nightly shenanigans will end quicker.  I crave peace and quiet and rest, and feel like that's what has been motivating most of my actions and emotions lately.

Perspective is something that I continually search for in my life--not to invalidate my own struggles, but as a reminder to allow them, but not wallow in them.

I rushed from my appointment to pick up Leah from kindergarten, then walked into our home to get lunch ready.  I thought about the woman from the waiting room the entire time as I served strawberries, cheese and turkey to my girls.  I gingerly walked on swollen feet into the bathroom and looked at myself in the mirror.  The speckles on my forehead and around my eyes from the weird "pregnancy mask" that has shown up this time used to bother me.  Now I stared at those speckles and told myself they will fade soon enough, and to stop focusing so much on what doesn't matter, so I could use my energy to focus on what does.  I have hair that isn't falling out, and a body that is not at war with itself, but is instead giving everything it has (especially all of its iron) to grow a new life.

And that is a beautiful, miraculous gift.

This pregnancy is a season, and though it is wearing a times, and I have had to lean on others to do things I am normally capable of doing on my own, it is one I am strong enough to get through.  Water ballooned feet and all. 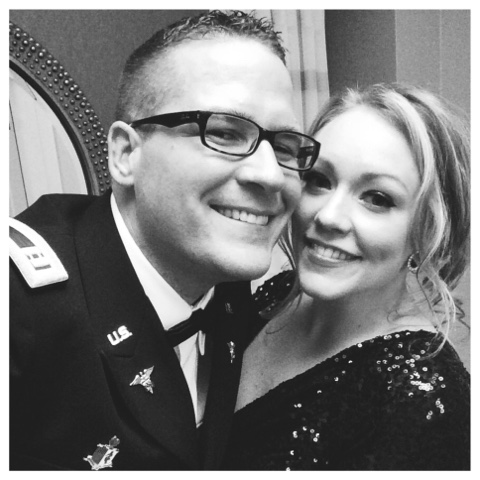